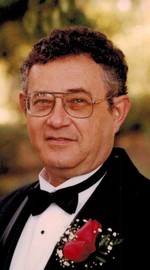 William Ernest Smith passed away on January 10, 2020 in Woodland Hills, California
at the age of 79.

He was born in the Bronx New York City on February 12, 1940. When he was an infant his
family moved to Richmond, Virginia where he attended John Marshall High School . Without finishing
high school, he was honored by an invitation to attend the prestigious The College of William and Mary in Williamsburg, Virginia where he studied and excelled at Latin. The stay at The College of William and Mary was cut short to one semester when his family decided to move to Santa Monica, California. He graduated from Santa Monica High School and then attended Pierce College in Woodland hills, California where he studied Electronics.

He spent many years working for Litton Industries in Woodland Hills, California in addition
to a brief stay in Long Island New York. During the time that he was working at Litton Industries,
his father became ill for an extended period and passed away at age 47. During the illness and
after his father’s death, he and his wife Yolanda took care of and provided for Ernest’s mother and
siblings who are eternally grateful for the sacrifices that Ernest and Yolanda made.

He is survived by his wife Yolanda, daughters Jennifer, Audrey, Caroline and son Gregory,
granddaughters Amanda, Gabriella, Emily and Sarah and siblings Robert, Doug, and Jackie.

All rights reserved. This obituary is also archived at obittree.com