To share your memory on the wall of Walt Maurer, sign in using one of the following options:

Walt was a remarkable individual and if you asked anyone, they would describe him as honest, hardworking, loyal and trustworthy. His love for his family is truly shown through his actions of unconditional love. In his younger years, he enjoyed being active with volunteering and coaching football. Walt was a huge Ohio State Buckeye fan and his love for sports brought him immense joy. During his career Walt was employed in the Insurance Industry with Lumberman’s Insurance Company of Mansfield, Ohio from 1958-1983. In 1973, Walt made the move with his wife and family to Woodland Hills, California. In 1983, Walt then became the CEO of Appleby and Sterling Inc. of Simi Valley. His life was full with being in the Insurance Business for more then 50 years.
In 2010 Walt married Sally L. Mosberg, Thompson, Maurer.

To send flowers to the family or plant a tree in memory of Walt Maurer, please visit our Heartfelt Sympathies Store.

Receive notifications about information and event scheduling for Walt Maurer

Print
Private Memorial Mass. will be held at 1000 at St. Rose of Lima Catholic church. The Mass and private burial will be video taped and available after the service. To access the recording, go to www.creativememories4U.info OR you can copy and paste the following link into your address bar or search engine. https://scsandche.wixsite.com/creative-memories/copy-of-livestream-sample-21

We encourage you to share your most beloved memories of Walt Maurer here, so that the family and other loved ones can always see it. You can upload cherished photographs, or share your favorite stories, and can even comment on those shared by others. 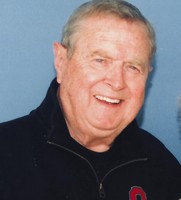