To share your memory on the wall of Louis Henschel, sign in using one of the following options:

Provide comfort for the family of Louis Henschel with a meaningful gesture of sympathy.

Louis and Margaret reconnected as Teen Ministry volunteers at St. Mark Church, and were married on May 6, 1972. Their daughters, Beth and Rose, were born in St. John’s Hospital in Santa Monica, the same hospital where Louis had been born. In 1976, Louis moved his family to Simi Valley, where his son Thomas was born. The Chevrezes and Colliers lived in the houses on either side of the Henschel home, and the families became lifelong friends. The children of all three families keep in touch to this day.

Louis and Margaret remained active in Church work their entire marriage, and taught several classes at St. Rose of Lima in Simi Valley where their children attended the parish school. In 1994, the Henschels moved to Newbury Park and enrolled in St. Julie Billiart Parish. Louis was ordained a Catholic Deacon in 2000, and served as a parish deacon at St. Julie’s and in several city charities, until his retirement in 2014. Louis and Margaret then moved to Riverside to be closer to family.

Louis died peacefully in his sleep on May 14, 2020 at the Pacifica Senior Care Center in Riverside after a long battle with Alzheimer’s disease. He leaves behind Margaret, his wife of 48 years; children Beth, Rose Killion (Travis), Thomas (Julia), “second son” Cameron Chevrez (Autumn); and grandchildren Blake, Brianna, Beatriz, Cesar, and Lilyana.
Read Less

To send flowers to the family or plant a tree in memory of Louis Edward Henschel, please visit our Heartfelt Sympathies Store.

Receive notifications about information and event scheduling for Louis

We encourage you to share your most beloved memories of Louis here, so that the family and other loved ones can always see it. You can upload cherished photographs, or share your favorite stories, and can even comment on those shared by others.

Posted May 22, 2020 at 07:00pm
Louis truly is one of most honorable men I have ever met, He served his country in the Navy. He truly made you felt loved and respected. He provided for his family and if needed he made you apart of his. I know this because I lived next store to his family for a large portion of my life. I was always welcome in their household even after getting to know me :). Over the years I would see all of his relatives come and go. He provided refuge when needed and a lending ear if you needed to vent. This is a rare quality today and it spills to rest of his family who is just as caring and loving as he was. I cherish the fact that I was a part of his life as he has given me so much that I didn't have in my own family. I have a brother in Thomas and 2 sisters in Beth and Rose. I love you Louis and I know you are watching in admiration with what your family has become. Thank you for everything. Peace be with you.
Comment Share
Share via:
TK

Posted May 17, 2020 at 03:53pm
In remembrance of Louis Henschel. Louis was a man of rich character. He genuinely cared for others and took care of them in every way he could. Louis had an open heart and an open mind. He was also openly stubborn and had a strong will. Louis was able to connect to people of all ages and backgrounds. He knew how to focus on the simple goodness he saw in the world. He helped countless people suffering from grief as he helped them through bereavement. Louis had purpose through his work as a serviceman delivering mail to homes and building neighborly relationships. Louis also served others in the navy by making sure they got their cherished mail and preparing good food for his crew. Louis knew compassion and the importance of relationships. He lost relations with some of his family, but this taught him how precious others were to him. Louis also suffered from disease which nearly took his life and left him diabetic. Through his suffering, Louis became deeply compassionate impacting the lives of many. Louis had a good sense of humor and liked to spend time with his family. Louis enjoyed the hobbies of collecting stamps, collecting coins, and collecting winnings from playing slots. His favorite hobby was gardening where he spent countless hours. He also opened his home to many family members over the years when they were in need. Louis was accomplished as a Deacon of the Catholic Church where he also ministered to the homeless and helped take care of them. Louis was an engaged grandfather to his grandchildren with whom he shared pure joy. Louis was a beloved father having built lasting relationships with his children. Louis was a light in this world showing us how simple actions can make all the difference. While Louis was many things to many people, he was most committed and most in love with his wife and world, Margaret. Their love was the foundation that brought the wind to his sails. Louis is now watching over everyone he touched in life. Louis is missed and loved.
Comment Share
Share via:
AB

Posted May 17, 2020 at 01:35pm
You and my dad have a lot in common! You both are Vietnam Vets and retired from the USPS. You will be greatly missed, but forever in our hearts!

Posted May 17, 2020 at 04:22am
Thank you Eddie for your time, prayers, and memories. Thanks to Margie, Beth, Rose, and Tommy for sharing this great man with my family. Love You All. 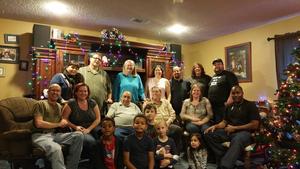 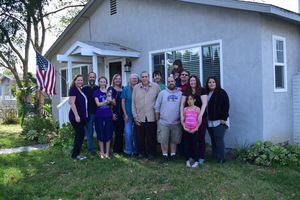 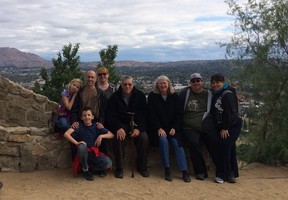