To share your memory on the wall of Frances Lemos, sign in using one of the following options:

Provide comfort for the family by sending flowers or planting a tree in memory of Frances Lemos.

Provide comfort for the family of Frances Lemos with a meaningful gesture of sympathy.

Long‐time Simi Valley resident and matriarch of one of the oldest and largest pioneer families in Simi
Valley, Frances Lemos, passed away in her home after a lengthy illness on February 6, surrounded by all
of her children.

Long‐time Simi Valley resident and matriarch of one of the oldest and largest pioneer families in Simi
Valley, Frances Lemos, passed away in her home after a lengthy illness on February 6, surrounded by all
of her children.

Frances (Romero) Lemos was born on Nov. 11, 1927 in Simi Valley. At the age of 4, she traveled to
Mexico with her parents Apolinar and Guadalupe and their three sons. She returned to the States in
1949, escorted by her brother Marcelo, to discern a life in the convent. It was then that she met her
future husband, Benito Lemos of Simi Valley and the two were married the following year in 1950.

Frances was very active in her parish at St. Rose of Lima Catholic Church in Simi Valley, where she and
Benito were married. As a young woman, she was a member of the Hijas de Maria. In her parish
community, she was involved with the Knights of Columbus Women’s Auxiliary, the annual St. Rose
Carnival, the choir, the Cursillo Ministry, Marriage Encounter, the Legion of Mary, the Altar and Rosary
Society, the food and clothing bank and other ministries in her parish. She was also a member of the
Discalced Carmelite Secular Order, OCDS.

In the early 1980’s, recognizing a need to minister to the growing Spanish‐speaking congregation,
Frances and Benito were instrumental in organizing the first Hispanic Catholic Community at St. Rose of
Lima as part of the planning commission headed by the Archdiocese of Los Angeles. She was also
instrumental in organizing her parish’s first Hispanic Community Choir along with her sister, Ramona.
For her many contributions to her church, she received official Papal Honors from Pope John Paul II in
1987.

“Mama Chita”, as she was affectionately known by her grandchildren and great‐grandchildren leaves a
great void in the Lemos family. But, because of the fervent faith that she instilled in her children, they
are left with the comforting thought that they will see her again. She loved being surrounded by her
family ‐ especially at Christmas time when they would all gather around her to celebrate by making
traditional Christmas tamales, exchanging gifts and singing songs of worship.

The impact she had on the community is staggering with condolences pouring in from those she met
through her children and are affected by her loss.

She is survived also by her siblings Ramona Perez of Simi Valley, Enrique Aguilar of Mexico City,
Guillermina Jimenez and Gabriel Aguilar of Puruandiro, Michoacan.

There will be early visitation and viewing at Reardon Simi Valley Funeral Home on Friday, February 14 from 1:00 p.m. ‐ 5:30 p.m. Additional viewing time will take place later Friday evening starting promptly with a 7:00 p.m. Rosary prayer service at St. Rose of Lima Catholic Church in Simi Valley. A mass of Christian Burial will be held at 10:00 a.m. on Saturday, February 15 with interment to follow at Assumption Catholic Cemetery in Simi Valley.

To send flowers to the family or plant a tree in memory of Frances Lemos (Romero), please visit our Heartfelt Sympathies Store.
Read Less

Receive notifications about information and event scheduling for Frances 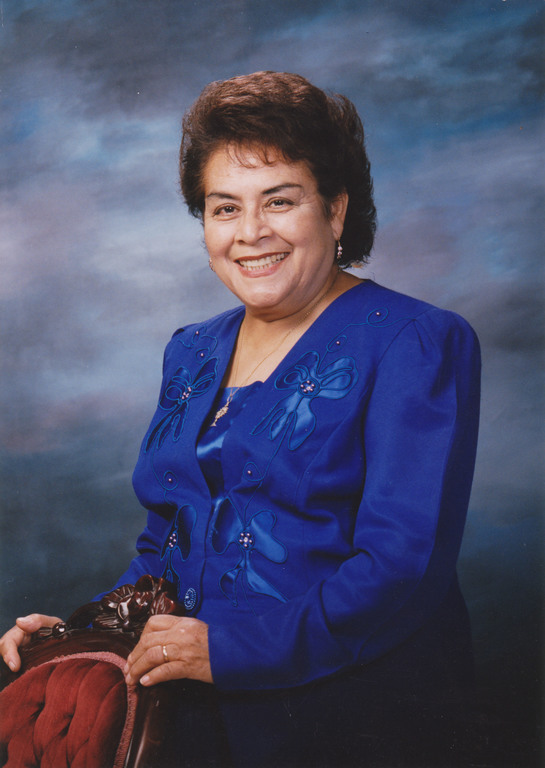 We encourage you to share any memorable photos or stories about Frances. All tributes placed on and purchased through this memorial website will remain on in perpetuity for generations.

eulogio cervantes, JLL Engineering Team, and other have sent flowers to the family of Frances Lemos (Romero).
Show you care by sending flowers
Hand delivered by a local florist

eulogio cervantes, JLL Engineering Team, and other have sent flowers to the family of Frances Lemos (Romero).
Show you care by sending flowers
Hand delivered by a local florist
R

Mrs. Lemos was an amazing woman. I grew up friends with her son Bennie and was always welcomed into her home and what a home always filled with lots of kids and something good cooking on the stove. My deepest sympathies to the Lemos family. Mr. and Mrs. Lemos have left their children and children’s children with a legacy of love, faith and hospitality. Thank you Mrs. Lemos from one of the kids in the neighborhood who you welcomed into your home. Blessings from Ron Swor.
Comment | Share Posted Apr 30, 2020 at 11:05am via Condolence
EC

eulogio cervantes purchased flowers and planted a memorial tree for the family of Frances Lemos.
Order Now | Show All
Comment | Share Posted Feb 14, 2020 at 12:10am via Floral Arrangements
VJ

So sorry too here about Mrs. Lemos she was a wonderful lady, and she be greatly miss
Comment | Share Posted Feb 13, 2020 at 05:39pm via Condolence
OA

My heartfelt condolences at the passing of this very special loved one. How blessed you were to have her all these years. May God bless you as you gather to say "good-bye" and celebrate her life of service. Susan Spannagel, PA (formerly of Moorpark).
Comment | Share Posted Feb 12, 2020 at 07:46pm via Condolence