To share your memory on the wall of Deanna Pegg, sign in using one of the following options:

Provide comfort for the family by sending flowers or planting a tree in memory of Deanna Pegg.

Provide comfort for the family of Deanna Pegg with a meaningful gesture of sympathy.

Deanna Pegg, a longtime resident of Simi Valley, passed away Friday January 18, 2019 surrounded by her daughters and brother.

Deanna was born in Denver, Colorado to Glen and Dorothy Farrow on May 2, 1941.
Her brother Gary was bor... Read More
Deanna Pegg, a longtime resident of Simi Valley, passed away Friday January 18, 2019 surrounded by her daughters and brother.

Deanna was born in Denver, Colorado to Glen and Dorothy Farrow on May 2, 1941.
Her brother Gary was born the following year and at the age of 5 the family moved to Southern California. Their younger brother John was born 3 years later. She attended Van Nuys High School, graduating in 1959.

Deanna worked for Pacific Telephone from April 1959 to September 1962. She married Vern Blatchley, September 16, 1961. They moved to Simi Valley in April 1964 and were married for 18 years, raising three daughters. Deanna married her second husband Robert (Bob) Pegg in November 1981. They were married until he passed July 1994.

Deanna worked for the SV Chamber of Commerce as a Business Development Representative for new businesses. She joined the Farmers Insurance Group in 1982, at the Branch Claims office where she worked for 20 years before retiring to spend more time with her grandchildren.

Deanna loved her community and gave back by staying involved with various organizations and supporting her children in various sports and clubs. She was a member of the Jr. Women’s Club, Republican Women’s Club, Free Clinic, Kiwanis, Community Service Club which was instrumental in the Bicentennial Program dedicating the amphitheater at Ranch Simi Park, Salvation Army and ARC Foundation. She supported Brownies, Girl Scouts, Indian Maidens and the various sports her daughters were involved in. Bob’s involvement with the Kiwanian’s gave them the opportunity to travel all around the US, even to Paris and Ireland. Their favorite place however was the Island of Kauai where they spent many vacations.

To send flowers to the family or plant a tree in memory of Deanna Lee Pegg (Farrow), please visit our Heartfelt Sympathies Store.
Read Less

Receive notifications about information and event scheduling for Deanna 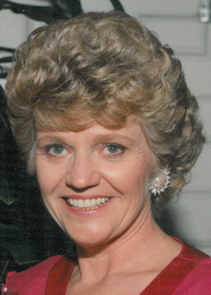 We encourage you to share any memorable photos or stories about Deanna. All tributes placed on and purchased through this memorial website will remain on in perpetuity for generations.

Greg and Lisa Davis sent flowers to the family of Deanna Lee Pegg (Farrow).
Show you care by sending flowers
Hand delivered by a local florist

In Loving Memory of Deanna our beautiful sister and aunt. We will love you always. John, Jennifer, Jessica, Hillary, Emma, and Jacky

Flowers were purchased for the family of Deanna Pegg.
Order Now | Show All
Comment | Share Posted Feb 07, 2019 at 12:40pm via Floral Arrangements
GD

May you be comforted by the outpouring of love surrounding you.

Greg and Lisa Davis purchased flowers for the family of Deanna Pegg.
Order Now | Show All
Comment | Share Posted Feb 06, 2019 at 11:50am via Floral Arrangements
M

My heartfelt condolences for your loss. Please find comfort in the knowledge that God promises to put an end to all the things that have plagued mankind for centuries including pain, suffering and death (Revelation 21:3,4). May these promises from God give you comfort now and real hope for the future. My deepest sympathy.