To share your memory on the wall of David Sadler, sign in using one of the following options:

Provide comfort for the family by sending flowers or planting a tree in memory of David Sadler.

Provide comfort for the family of David Sadler with a meaningful gesture of sympathy.

David Sadler was born in Palmdale, California to Lyle and Josie (Holland) Sadler, whose families had settled in the Antelope Valley near the turn of the last century. After graduating from Antelope Valley High School,... Read More
David Leroy Sadler

David Sadler was born in Palmdale, California to Lyle and Josie (Holland) Sadler, whose families had settled in the Antelope Valley near the turn of the last century. After graduating from Antelope Valley High School, he entered the University of California in Santa Barbara. Two years later he enlisted in the Army and served most of his tour of duty in Germany. Following his honorable discharge, he went back to UC Santa Barbara where he met Peggy Jane Young. They were married in 1957. Dave completed his bachelor’s degree in Economics in 1959 and went to work for Hughes Aircraft in El Segundo. Four years later he accepted a position with Litton Guidance and Control Systems in Canoga Park. Dave’s career grew from Financial Analyst to Group Controller to Controller to Vice President of Finance for Litton.

Dave and Peggy and their two children, Robert and Leslie, moved to Simi Valley in 1963 and bought their first home. They joined the Simi Valley Presbyterian Church (now Stonebridge Community Church) and remained active members. They also became very involved in their community, including Simi Valley High Music Boosters. When Simi Valley became a city, Dave served on the Joint Powers Authority. He is a founding member of the Ventura County Lincoln Club where he served as Treasurer for many years. Both Dave and Peggy have been active in the Republican Party, serving as voting delegates for the Ventura County and the California Republican Party.

Dave enjoyed traveling with Peggy and spending time with their family, especially their five grandchildren and three great-grandchildren.

In lieu of flowers, donations may be made in Dave’s memory to Stonebridge Community Church, 4832 Cochran, Simi Valley, CA. 93063.

To send flowers to the family or plant a tree in memory of David Sadler, please visit our Heartfelt Sympathies Store.
Read Less

Receive notifications about information and event scheduling for David 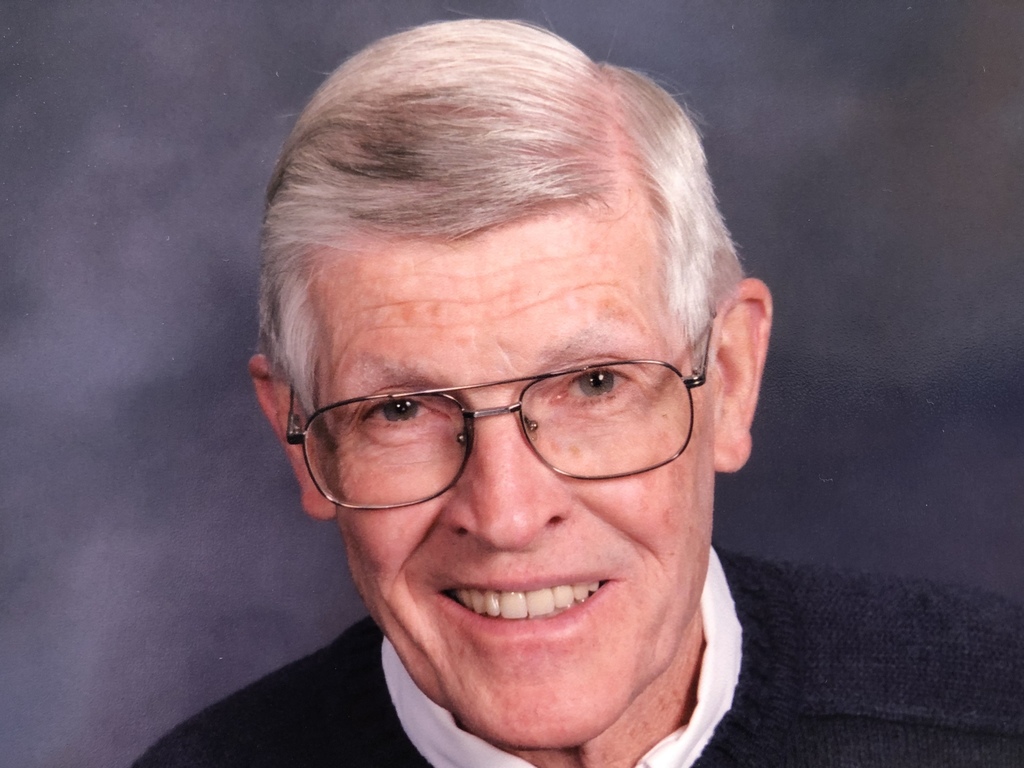 We encourage you to share any memorable photos or stories about David. All tributes placed on and purchased through this memorial website will remain on in perpetuity for generations.

Monte and I will always remember Dave as a wonderful and loving family man. Dave will be deeply missed by all of his family & friends.

Kaye & Monte Klinchuch planted a memorial tree for David Sadler
Comment | Share Posted May 16, 2020 at 03:21am via Memorial Tree
BL

We are so sorry for your loss. Gods peace to your family.

Brook and Mary Luter planted a memorial tree for David Sadler
Comment | Share Posted May 06, 2020 at 12:54pm via Memorial Tree

One of my memories of Dave is watching his face light up when he played with his grandchildren. He and my father both worked at Litton, serious men, intelligent, professional. Dave was always kind but always seemed serious to me. The first time I saw him play with Matthew Klinchuch, Leslie's eldest, was delightful and mind opening. Here was this intelligent, successful, serious, professional man, a veteran even, being silly, sitting cross-legged on the floor, speaking gibberish to a little baby boy. That is love. Dave loved his family. Even those of us on the periphery could see it.
Blessings and prayers for Peggy and the entire family.
Comment | Share Posted Apr 28, 2020 at 03:50pm via Condolence